Resurrection Bloom is a game about accidentally confessing your CRUSH and also your KINK and now you have to go on a DATE! ...a QUEST? ...a DATEQUEST!

Control Callie and Ruka as they flirt their way through a puzzle-platforming environment in search of a Resurrection Bloom, a magical flower that will let them safely engage in crazy kink shenanigans.

Rated 18+ for sexual themes. Game contains inflation, macro/micro, and I guess, um, vore. I mean... if you want!!!

This was made during February 2018 for Strawberry Jam 2.

If there's interest, I'd like to continue development on this game. Expect the Jam Edition to be a little rough around the edges.

People were reporting some game breaking bugs, so I uploaded a patch that should fix the major issues that would prevent people from completing the game. A changelog can be found here: https://pastebin.com/sc4V1dck

Hope you enjoy it, thanks for playing~!

Couldn't complete the game. Got stuck on this ledge here. She's got trouble hopping up onto the next block there and I couldn't find a way to have her cross this body of water without increasing her size. 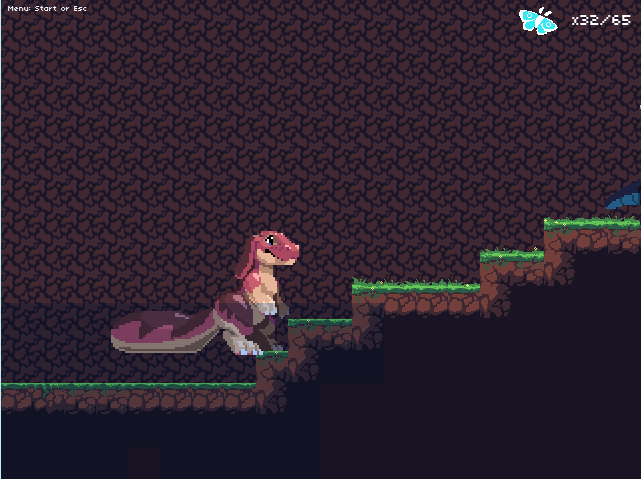 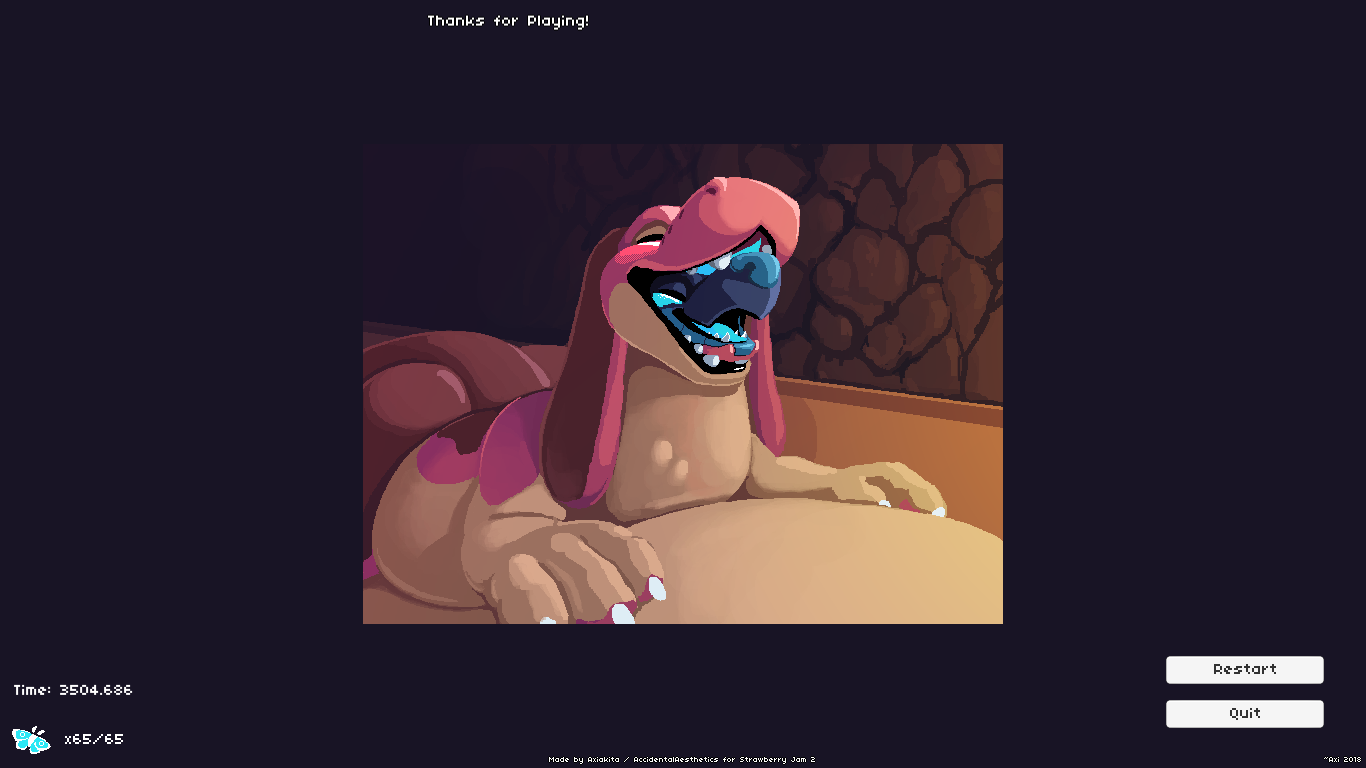 So I spent about an hour playing this and personally my biggest concern at times is the jumping and usually collision. I was able to collect at least 60 out of 65 of the moths before reaching the end by accident.

One of the things I will say that could really help out when is being able to tell when you've received all the moths in an area for completion purposes. I for one was more so fighting with the jumping in order to try and collect them all, but felt there were areas that hid some.

In my opinion there is a lot of potential in store for this game in particular if it's ever fully fleshed out. That being said, if it does get to that part I do look forward to gameplay being developed a little more. Some examples being the ability to control both characters at a similar time as to not have to go back and forth, a method of knowing how many moths are in an area similar to the counter going from 30 to 65 all of a sudden, and potentially a fix towards the jumping.

I felt having played this game for almost an hour now it was worth giving my personal opinion. Good job nevertheless.

oops Callie got stuck, i made her fly as far as possible and then drop down and now shes stuck under ground XD

maybe a sequel could be nice

That flirt feature is really cool, it's a pleasure to see both talking during the game ! They're adorable, everything's adorable !

i'm stuck >.>
but absolute good game anyway i love it

i absolutely love this game and the characters and would love to see more of this and them!

I ran off the edge of the world!! At the first place where you can become macro, if you ride the girl all the way up, and the enby is inflated, they can jump to the right and land on top of the world and eventually run behind a black wall and get stuck!

Also THIS GAME IS SUPER CUTE.<3 Thank you for making it!

Is there anything special for getting all 65? I only had 60 by the end…

Hahah, oh no! I didn't expect anyone to be able to get up there. Easter egg, I guess?

Also nope, I haven't implemented a 100% completion reward yet.

I appreciate these wholesome little kinky kobolds and their care for safe practices.

This was super cute! I loved the puzzles that were involved in switching between the characters!

this is very cute. guessing the game will have music eventually? ^^;

Thanks a bunch! And yep, music and sound effects are pretty much next on my list of things I'd like to add. 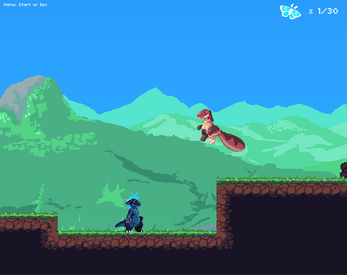 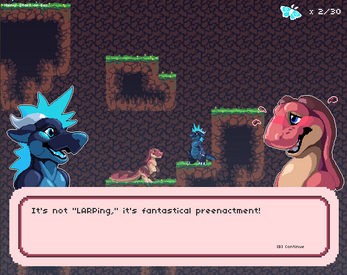 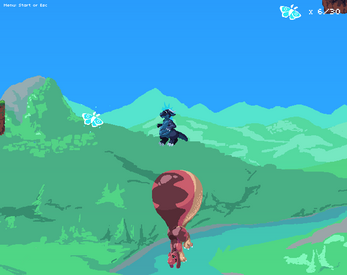